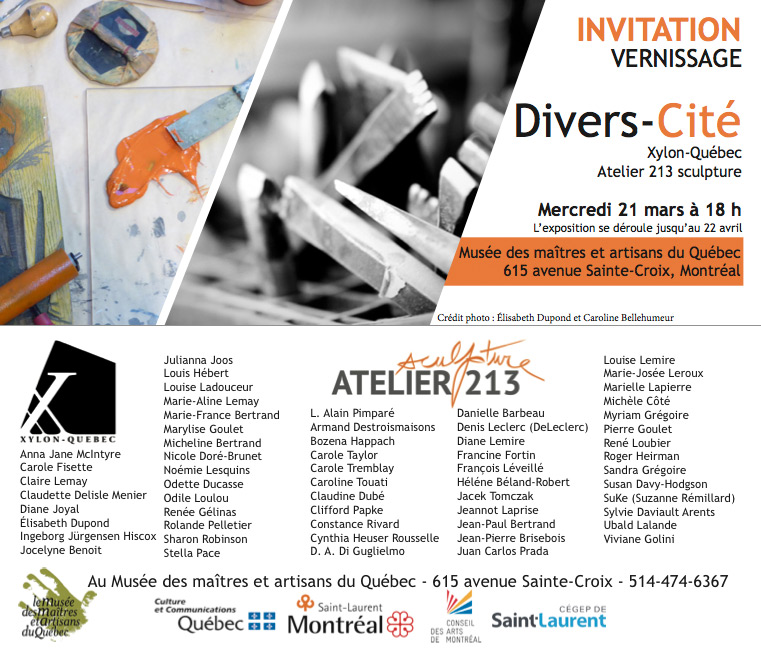 Xylon Hors Normes, in collaboration with the members of Xylon-Quebec.

Norman Brooke (normanbrooke.ca) and I explore the concept of liberation: political liberation, liberation from certain patterns of behaviour, liberation from relationships that seems to keep us not feeling genuine and liberation from our own self identification. It is a life-long quest that only becomes partially fulfilled.

"Redemption comes to those who wait, forgiveness is the key". Tom Petty. 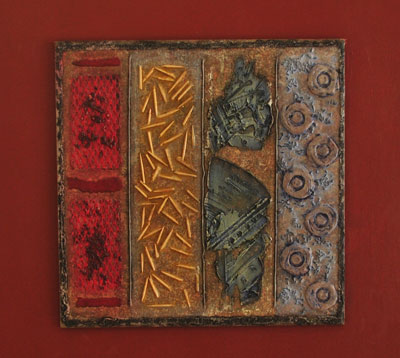 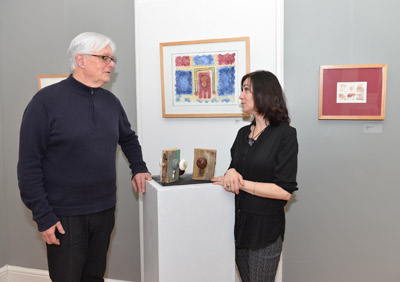 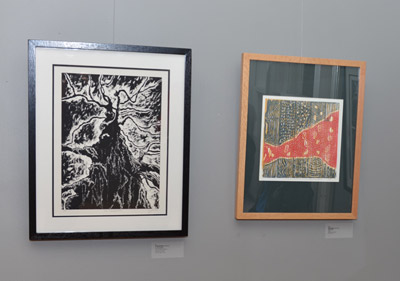 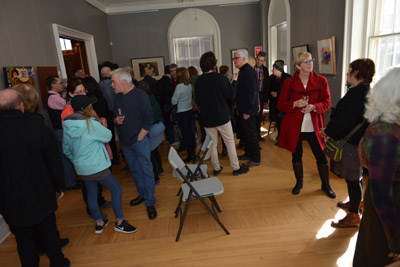 
In addition to the exhibition at Musée Bruck, the giant print will be shown at Creative Framing and Gallery, Oakland, California from March 1st to April 30th 2016. 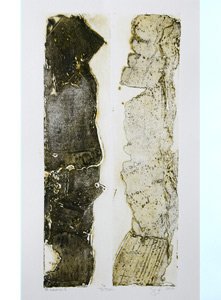 Norman Brooke (normanbrooke.ca) and I explore the already impersonal and passive notions of today's society interacting with the impending loss of ecological structures leaving all species to depart from their conventional ways to live in a basic survival mode.

Scientists have predicted that half of the climates that we know today on Earth could soon disappear. They have also predicted that one third of our planet's surface will be replaced by conditions that have never been experienced by any living organisms. If this change takes place, it will be in a violent way which will prevent species and ecosystems to adapt resulting in a complete upheaval of contemporary conditions.

Various mediums will be explored: printmaking, painting, collage and assemblage.

This collaboration leads to an exhibition at The Musée Beaulne, Coaticook.
www.museebeaulne.qc.ca 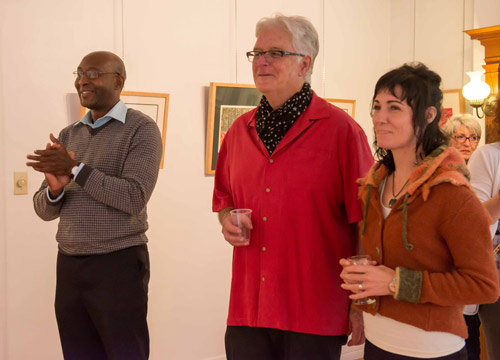 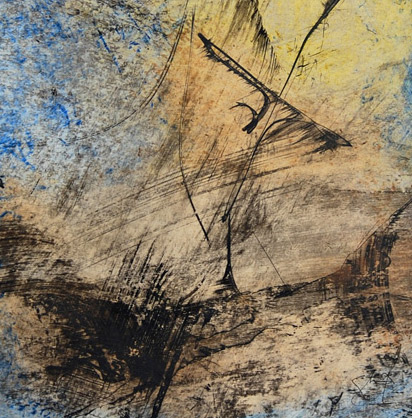